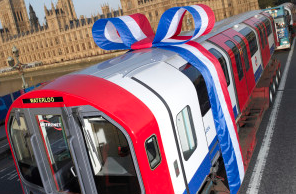 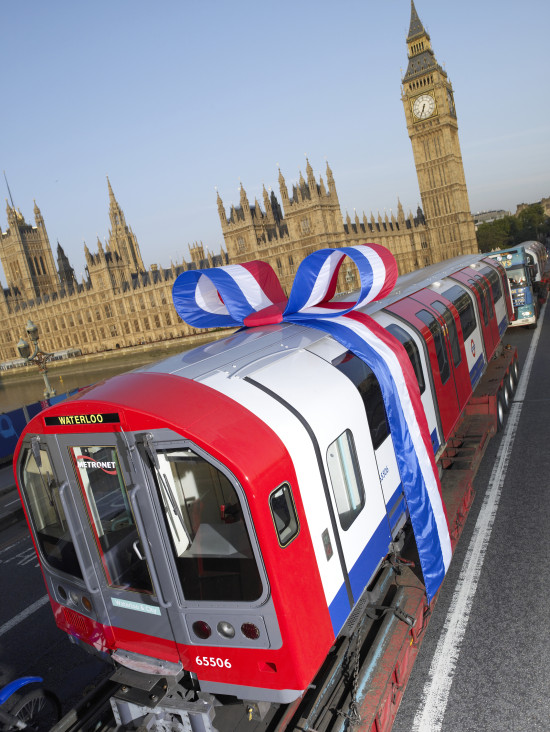 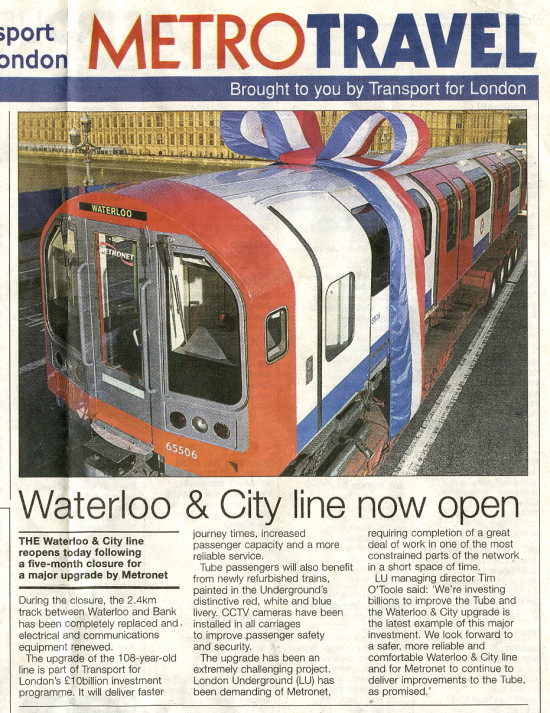 Helping to get London back to work, Metronet’s objective was to generate press around the arrival into London of the new Waterloo & City train fleet. The Waterloo & City line had been out of service for a long period while the outdated carriages were updated. The paint had barely dried when the fleet of tube trains were delivered back to London Waterloo on a cavalcade of flat bed trucks.
For some 3 weeks , a set of hand-crafted 5m high steel-lined ribbon bows had been in production. The parachute silk shimmered in the dawn sun as they were craned carefully onto the carriage bodies to complete the iconic shot of the fleet as it passed over Westminster Bridge and in front of the Houses of Parliament.
At 4.37 am, the bridge was closed to traffic for 30 minutes as precision timing underscored the arrival of the trains, the wrapping of the bodies and the dawn photo shoot of London’s underground army reporting for service.